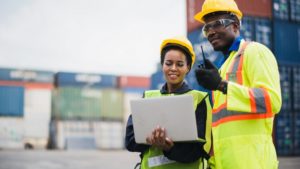 CityBuild has trained 1,400 low-income or disadvantaged residents for high-paying, in-demand jobs in the construction industry.

San Francisco has long been known as a place where local government and community leaders are willing to experiment to solve social problems.

One example of that is CityBuild, an academy that trains low-income or underrepresented local residents for jobs in the construction industry. It is part of the city’s Office of Economic and Workforce Development board, which is a member of the California Workforce Association in Sacramento.

CityBuild was created in 2006 under then-Mayor Gavin Newsom, and successive mayors have also left their imprint.

“Mayor London Breed made CityBuild a centerpiece in her state of the city address (on March 9),” says Joshua Arce, San Francisco’s director of Workforce Development. In fact, Breed showcased three graduates of its new Mission Rock Training Academy, a special program that brings women into construction trades and is funded by the San Francisco Giants.

“The power of CityBuild is in its partnerships—and that’s also what makes it unique,” explains Arce, who actually became involved in CityBuild more than a decade ago while working as a community lawyer. “In the early days, the placement rates were not what they are today. There were large numbers of graduates trained, but they weren’t getting jobs.”

What changed? Arce says he and others dove into the data and realized a “good faith” hiring policy wasn’t enough. So in 2010, another creative San Francisco solution was devised: the Local Hire Ordinance, which requires 30% of work on city-funded projects be done by residents of the community.

“If a contractor contacts us (now) because they are struggling to meet their goals, we say, ‘You’re in luck, because we have these CityBuild graduates ready to go,’” Arce says.

Since its beginning, CityBuild has trained 1,400 graduates from diverse backgrounds: 30% Black, 19% Latinx, 36% Asian-Pacific Islander and 12% women. The 26 industry jobs include carpentry, drywall, paint and floor covering, as well as sheet metal, plumbing and electrical work.

The program has also maintained its partnership with groups that can sometimes be competing forces in the Bay Area, says Rudy Gonzales, secretary-treasurer of the San Francisco Building & Construction Trades Council. “They are keeping community organizations at the table with local government and pairing that with the city college and the BCTC. They all play very different roles, but all are key stakeholders,” he says.

Another strength of CityBuild is its alignment with national training standards. “Because they use the North America’s Building Trade Unions MC3 core curriculum, CityBuild is the model and is certified by our offices,” says Gonzales.

This professional training also attracts local employers, such as Swinerton, a commercial construction company that is responsible for a wide range of building projects throughout Northern California. “Swinerton has enjoyed a longstanding partnership with CityBuild—we enjoy working with them to put the local community to work,” says Lori Dunn-Guion, vice president and division manager. “Swinerton benefits greatly from hiring their graduates. It’s a win-win when we can identify open opportunities that CityBuild can fill.”

But it is not just job-training that helps CityBuild’s often-disadvantaged candidates succeed. “Wraparound services are provided by a nonprofit—Mission Hiring Hall—and they do all the recruitment, assessment of life skills, to get them job-ready, to prepare them for the CityBuild academy,” explains CityBuild director Ken Nim. This includes helping job seekers obtain a valid driver’s license, remove outstanding tickets from their record, earn a GED or improve their English skills.

Once they are in the academy, CityBuild itself steps in with gas cards or public transportation passes, even money for food or utilities, because the pre-apprenticeship program traditionally was unpaid. “But in September (2021), the mayor announced a $1,000/month stipend for the three months,” Nim says, alleviating the need for trainees working night jobs to make ends meet.

CityBuild also provides safety gear, boots, uniforms and PPE. “At graduation, they get all the basic tools they need to start a job, and we pay their union fees,” he adds.

Graduates who obtain a union job start at $27/hour, the established living wage in the Bay Area. “This is a boom to the regional economy,” says Nim. And this boom will only increase when federal dollars hit with the infrastructure bill—which CityBuild is even now pivoting for. “We are expecting jobs involving rail, windmills and other green energy.”

The end result: The CityBuild program is nationally recognized. “(Graduates) can go anywhere in the country with their certification,” Nim says. “And we are a national model. The cities of Denver, Las Vegas, Sparks, Reno, Carson City and Syracuse have all come out to see our program. Last summer Syracuse started SyracuseBuild.”

How do stakeholders feel about the progress? “For me, there at the beginning as an attorney for Local 261…this program is really near and dear to my heart,” says Arce. “We want to secure more resources, expand the program, align with the justice system, because there are a lot people who deserve the chance to change their lives.”

CityBuild is a prime example of the work local workforce boards have been doing throughout the State of California for the last several decades. Programs built through strategic partnerships that meet the needs of BOTH industry and community residents are at the heart of their work. The San Francisco Office of Workforce and Economic Development, a member of CWA, is just one of 45 local workforce boards that have been producing outcomes like this for over two decades. To find out about YOUR local workforce board, go to www.calworkforce.org